Mr Nunn is currently global head of wealth and personal banking at HSBC, where he has worked since 2011. He was previously a partner at management consultancies Accenture and McKinsey.

Mr Nunn’s appointment comes at a key time for Lloyds, which is working on a new plan to deal with the combined pressures of low interest rates, Brexit and recovering from the coronavirus pandemic.

The move will also complete a broader changing of the guard at the top of Lloyds, with Robin Budenberg due to take over as chairman on January 1 and William Chalmers having joined as chief financial officer last year.

Norman Blackwell, Lloyds’ outgoing chairman, said: “I am delighted that we have now completed the leadership succession by appointing Charlie as CEO to work alongside Robin Budenberg as the incoming chairman. I am confident that together they will provide the strong leadership required to carry forward the strategic transformation that will enable Lloyds Banking Group to succeed.”

Lloyds said Mr Nunn’s start date would depend on reaching an agreement with HSBC, where he has a notice period of six months and further “post-termination restrictions” for up to another six months.

Mr Horta-Osório, who has led Lloyds for a decade, is due to leave next June. The bank said that if he leaves before Mr Nunn’s arrival, chief financial officer William Chalmers will temporarily take over as chief executive.

The Portuguese executive successfully led the bank’s recovery from the financial crisis, returning it to profitability and the private sector, but his record was tarnished by his handling of several historic scandals, including the mis-selling of payment protection insurance.

Mr Budenberg, who has already joined the group’s board as a non-executive and who worked on the recruitment process, said: “I am excited about Charlie’s vision for Lloyds Banking Group . . . Given his career track record, he will bring world class operational, technology and strategic expertise to build on the strengths of the existing management team.”

At HSBC, Mr Nunn will be replaced by Nuno Matos, currently chief of HSBC Europe. 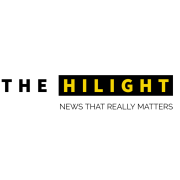